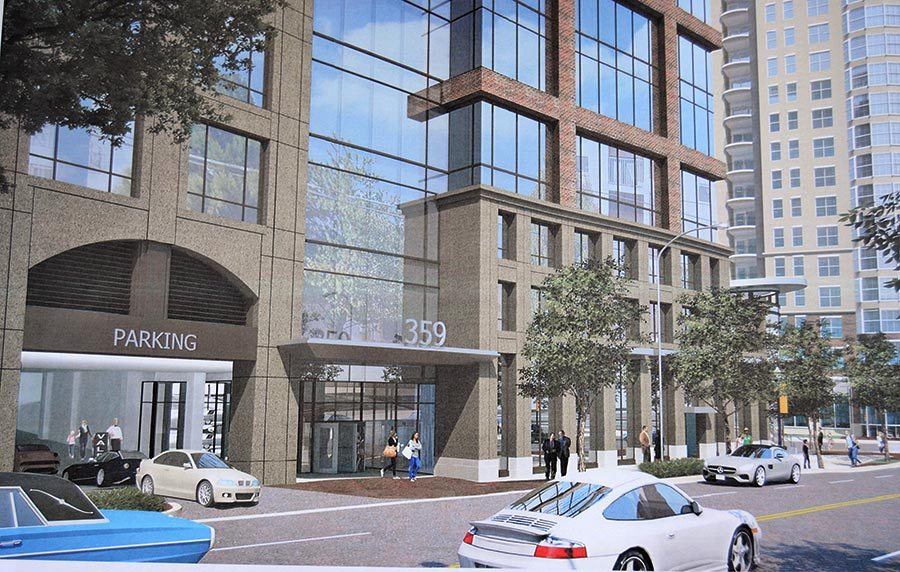 A redevelopment wave continues to sweep over the Buckhead Village.

Atlanta’s The Loudermilk Cos. has unveiled its proposal for a 12-story tower in the Village at 359 East Paces Ferry. The project would redevelop an aging office building that stands on the site.

The proposal comes as sites for the typically large glass office towers that line Peachtree and Lenox roads north of Piedmont continue to dwindle. Many of those sites were developed in the last cycle. More recently, several apartment developers have scooped up remaining land along Peachtree.

The Village, spurred by developer OliverMcMillan’s Buckhead Atlanta project, is evolving into a distinct neighborhood of smaller office buildings connected to a mix of restaurants and new apartments.

It would be the first new speculative office building developed in the Village in years. Loudermilk proposes only about 125,000 square feet of office space that would be built on top of a parking deck.

The project continues a trend of smaller office buildings on intown sites in the wake of over-development in the last cycle. Newly proposed projects include Hines at Atlantic Station, and a joint venture involving Seven Oaks Company LLC in the Old Fourth Ward.

For Loudermilk, 359 East Paces would target boutique office tenants, most likely from 5,000 square feet to 10,000 square feet, seeking an alternative to the dense office environment around the MARTA stations, Lenox and Phipps Plaza malls.

Building rents would also be in the range of $40. OliverMcMillan has been getting at least that much in rent for office space at its Buckhead Atlanta project.

The Buckhead Village has turned into one of the hottest neighborhoods for development in the city. Houston-based The Hanover Co. has proposed a residential tower next to Buckhead Theatre. Closer to 359 East Paces, Hanover also recently demolished the 4-acre Parkside at Buckhead apartments between Buckhead Avenue and Pharr Road. It plans to build a new apartment project. Trammell Crow Residential plans to redevelop an aging Buckhead Village shopping center into a 244-unit apartment project at Pharr Road, Grandview Avenue and Lookout Place.

Oliver McMillan is considering a seven- or eight-story office building. 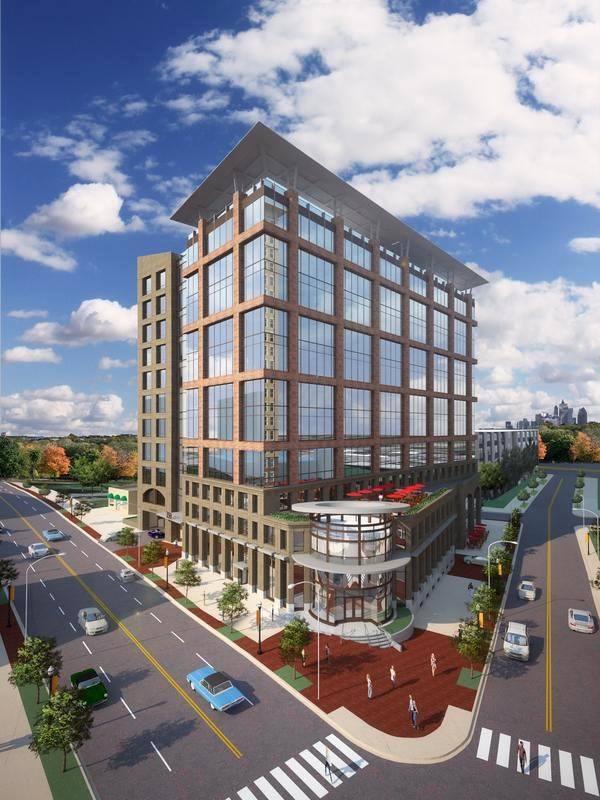