Next up: Agricultural Village.

The Loudermilk Cos. is embarking on a major mixed-use project in perhaps one of the least expected places in Georgia — the City of Perry, more than 100 miles south of Atlanta.

The 240-acre project, adjacent to the Georgia National Fairgrounds and Agricenter, will include a mix of retailers, a hotel, small office space and The Preserve at Agricultural Village, a 350-lot subdivision. Already, a Waffle House has been developed, as has Strippling’s General Store, a 12K SF butcher shop that offers fresh meats, cheeses and condiments.

At a time when developers are focused on major metro areas for massive mixed-use developments, a project of this nature is an anomaly. But Loudermilk said the state-owned Agricenter is driving a tremendous amount of untapped demand for retail and residential in Perry. GNF is home to the Georgia National Fair, the Georgia National Junior Livestock Show and the Georgia National Rodeo, among other major agricultural-themed events.

The facility sees an average of 1 million visitors per year, Loudermilk said, and it is looking for restaurants and businesses focused on its interests, such as farming suppliers and outdoor equipment suppliers. 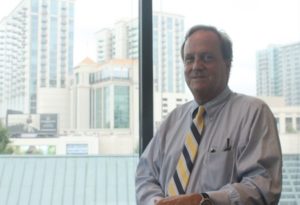 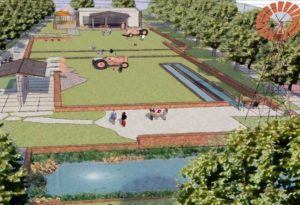 Loudermilk said the people who attend these events often have deep pockets.

“When people have these cow shows, there are people who show up with cows that are maybe half a million dollars a cow,” he said.

In the pipeline are 359 East Paces, a planned 100K SF boutique office building, and 371 East Paces, a 120K SF high-end medical office building set to open next year. All of these projects are in Buckhead Village, a place Loudermilk said looks like Midtown a decade ago, when residential first started sprouting there, creating what is Atlanta’s truest 24-hour district. “I feel that there’s a huge opportunity here. I feel it’s just the beginning,” he said. “[Residential] will put more feet on the street. More demand for restaurants.”