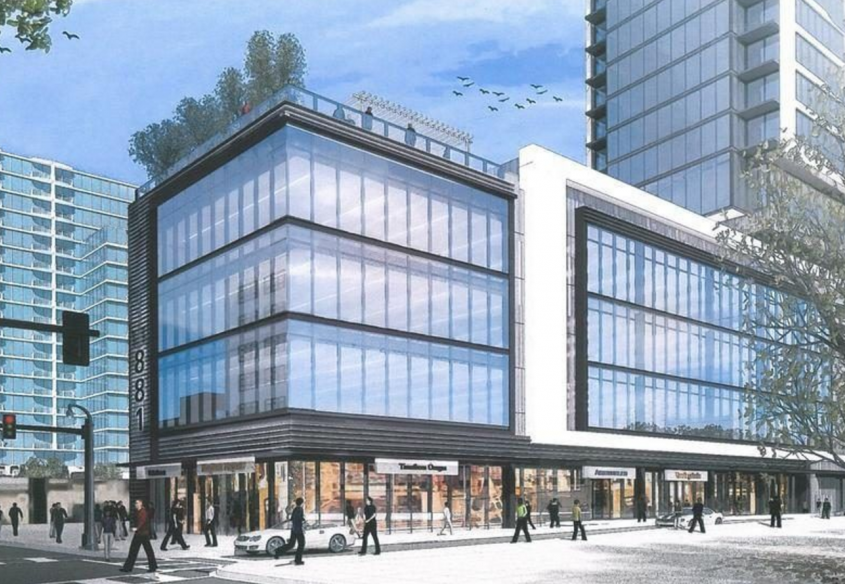 The long season of crane-watching in Midtown continues, as fences have gone up on Peachtree Street at 7th Street in preparation for site work and ultimately construction of the submarket’s next high-rise.

Construction also means that another Midtown surface parking lot is meeting its maker.

The long-anticipated, 29-story building at 881 Peachtree St. will bring offices, retail, and apartments to a large parking lot across the street from Viewpoint condo tower.

Testing began on the site back in March, but little has happened in the intervening months. However, a permit application from August indicates the building will be a story taller than originally anticipated, featuring 342 apartment units atop the office and parking podium.

While progress seems slow on 881 Peachtree, the process hasn’t been nearly as molasses-like as that of its proposed neighbor, EVIVA. Slated to stand at 6th and Peachtree streets, that architecturally striking, 35-story building has been in limbo for years, and seems to continue to be — although a recent land sale hints that the project could be quietly moving forward.

No word on an estimated timeline for the Hanover project.