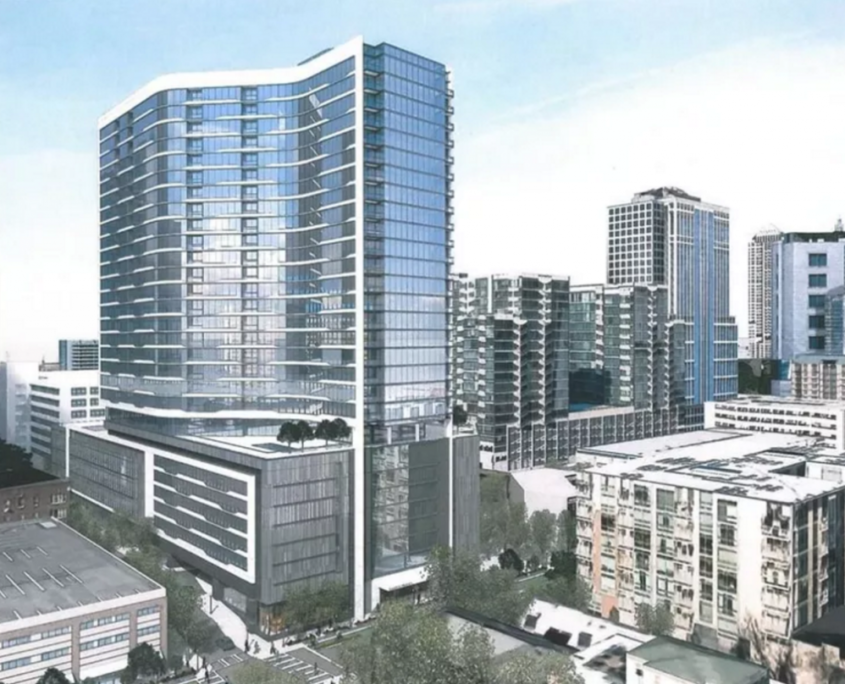 The Hanover Co. is proposing a 28-story Midtown apartment tower that would anchor a mixed-use project on Peachtree Street, as the company continues to expand its Atlanta development portfolio.

For Loudermilk, it extends the company’s retail presence along the Midtown Mile, a stretch of Peachtree that makes up the heart of the city’s arts and entertainment district. Back in 2013, Loudermilk picked up the retail portion of Viewpoint condo tower and has since filled the space with new tenants such as World of Beer.

Hanover chose Chicago architect Solomon Cordwell Buenz to design the mixed-use project, which includes the S-shaped apartment building as its centerpiece and amenities such as a bike shop. The building also borders Juniper Street, where the Midtown Alliance is overseeing more than $5.5 million in renovations that include new bike lanes, sidewalks and other improvements

Hanover and Loudermilk presented the project Tuesday to the Midtown Development Review Committee. The developers plan to break ground sometime next year.

Hanover now has several Atlanta projects in some stage of planning or development, including two more intown: A Buckhead apartment building on Pharr Road next to Frankie Allen Park and and another Peachtree Road next to the popular music venue Buckhead Theatre, once known as The Roxy.