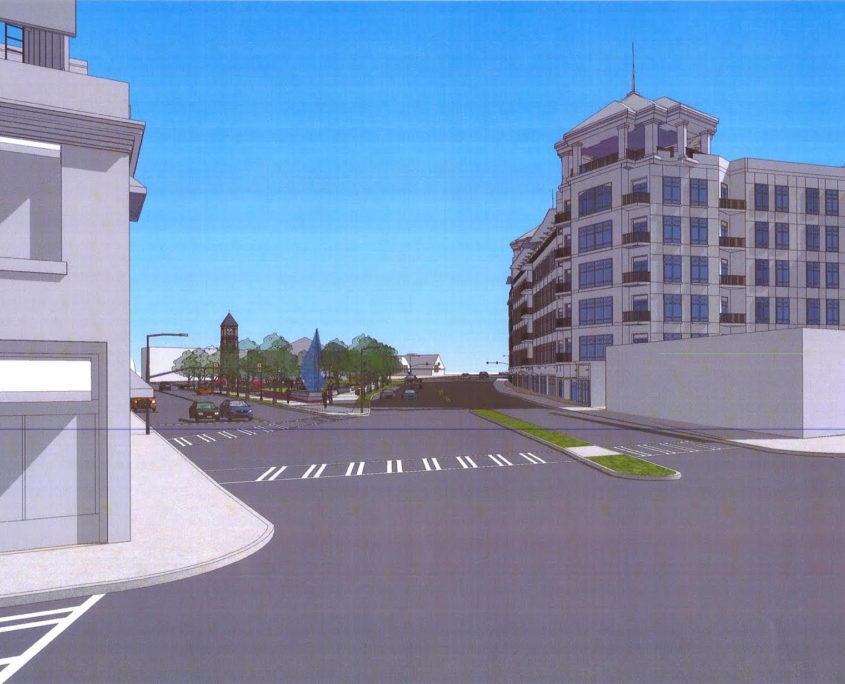 Last December, Robin Loudermilk, president and CEO of The Loudermilk Cos. and probably the largest landowner in the Buckhead Village, was quoted as saying, “I think in ’15 you are going to see a lot of activity in the Village….It’s going to be an exciting 12 to 24 months, I promise you that.”

Citing the delivery of OliverMcMillan’s Buckhead Atlanta development as “really accelerating the momentum,” Loudermilk was forecasting some major development activity for his own company, as well as the continued expansion by OliverMcMillan and other upcoming events, that may be about to come to fruition.

According to plans announced in the past few months, both of those sites would be redeveloped with 6-8 story primarily office buildings, with the potential for commercial retail space on the ground floor.

The Loudermilk Companies has filed with the city for a demolition permit for all of the buildings facing Peachtree and East Paces Ferry roads from, the intersection of the two to Bolling Way, with the exception of the Mitchell Gold furniture store on the corner.

Chip Pottinger, VP of operations for The Loudermilk Cos., appeared before the SPI-9 (Special Public Interest district)

Robin Loudermilk, president and CEO of The Loudermilk Cos. 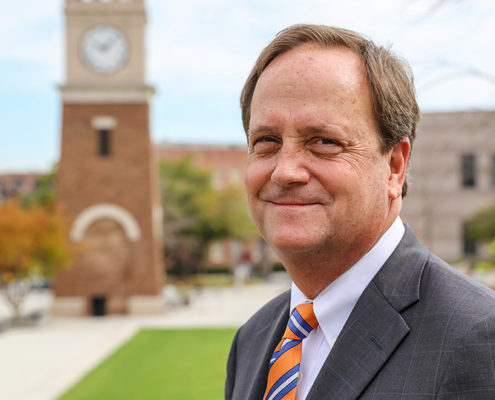 Development Review Committee on Nov. 5 and said the company wants to tear down the building that formerly housed the Bottle Bar on East Paces Ferry immediately.

Pottinger also told the DRC the company is also trying to help find a new home for the Fish Hawk and Chuck’s Firearms stores and then plans to also tear down that strip of stores.

Loudermilk Companies, which owns the entire block, indicated the Mitchell Gold building might be included in the future and showed plans for a multi-story mixed-use office and retail building to replace the present buildings on the site. The plans shown by Pottinger showed the furniture store remaining at its present location.

Meanwhile, San Diego developer OM, is plotting its next addition — a seven or eight story office building on the former Hi-Fi Buys site, which is less than 1-acre but a highly coveted parcel of land in the Buckhead Village that once sold for $16.5 million.

OliverMcMillan scooped up the HiFi Buys site when it bought the stalled Streets of Buckhead project, revived it, renamed it Buckhead Atlanta, and turned several blocks in the Village into a mix of apartment towers, retailers such, and restaurants.

OliverMcMillan has already started making overtures to possible tenants of the new office building and discussing pricing of the $70 million to $80 million project with general contractors, according to the Atlanta Business Chronicle. It’s also possible OliverMcMillan may consider going spec, or starting the building without tenants in place, the ABC reported.

The Buckhead Village is commanding some of the highest apartment and retail rents in the city. Rents for a new Buckhead Village office building would be no exception, probably reaching $45 a foot. In Buckhead, rent for the top existing office space is already close to $40 a foot.

Meanwhile, Buckhead-based developer Loudermilk hopes to start construction as early as this fall on an 80,000-square-foot office project at 359 East Paces Ferry Road. For now, the site is home to an aging four-story building that Loudermilk plans to demolish. On Feb. 6, Loudermilk Cos. filed for a demolition permit.

Robin Loudermilk, who along with his father Charlie are the largest landholders in the Buckhead Village, told Atlanta Business Chronicle Monday he planned to target smaller office tenants to fill up the new building.

On Dec. 2, Pottinger brought plans for demolishing the office building at the corner of East Paces Ferry and Grandview Avenue, which apparently will be redeveloped as a headquarters office of State Bank with retail space on the lower level which fronts on Buckhead Avenue.

Loudermilk also owns the present State Bank headquarters building which is located at the intersection of East Paces Ferry Road and Buckhead Avenue.

Add into this mix of opportunities that Rent-to-own retailer Aaron’s plans to sell its headquarters tower at the corner of East Paces Ferry and North Fulton Avenue—an aging building that could be attractive to developers.

The tower at 309 East Paces Ferry Road is across the street from the Buckhead Atlanta development, with 370 high-end residences, the corporate headquarters of shapewear company Spanx and retailers such as Hermès and Christian Louboutin, now has replaced some of the city’s most troublesome nightclubs.

In a statement, Aaron’s said the company plans to stay in the Buckhead area, “within a few miles of our current headquarters….We anticipate a high level of interest in our existing building and look forward to our search for new space that will fit our needs,” Aaron’s said.

OliverMcMillan officials have previously said they are designing a second phase on land the company controls adjacent to the Aaron’s building along North Fulton Avenue, and the company will consider other land acquisitions.

Aaron’s, a leader in the rent-to-own industry, has struggled in the past few years with sagging sales and a near-mutiny in 2014 of some of its franchisees. There are more than 2,100 company or franchise-operated Aaron’s stores in the U.S. and Canada.

The company was founded in 1955 by Charlie Loudermilk, whose family still holds a sizeable stake in the company and also controls vast property in the Village area.