A newly announced Gables Residential mixed-use development—with 327 residential units and 3,000 square feet of commercial space—is another in a growing list of development projects that likely will transform East Paces Ferry Road from Peachtree to Piedmont in the next year or two.

The project, on the northeast corner of East Paces Ferry Road and Maple Drive, will include 327 apartments in a high-rise building, along with townhome units along East Paces Ferry and a detached commercial space of 3,000 square feet along Maple Drive. 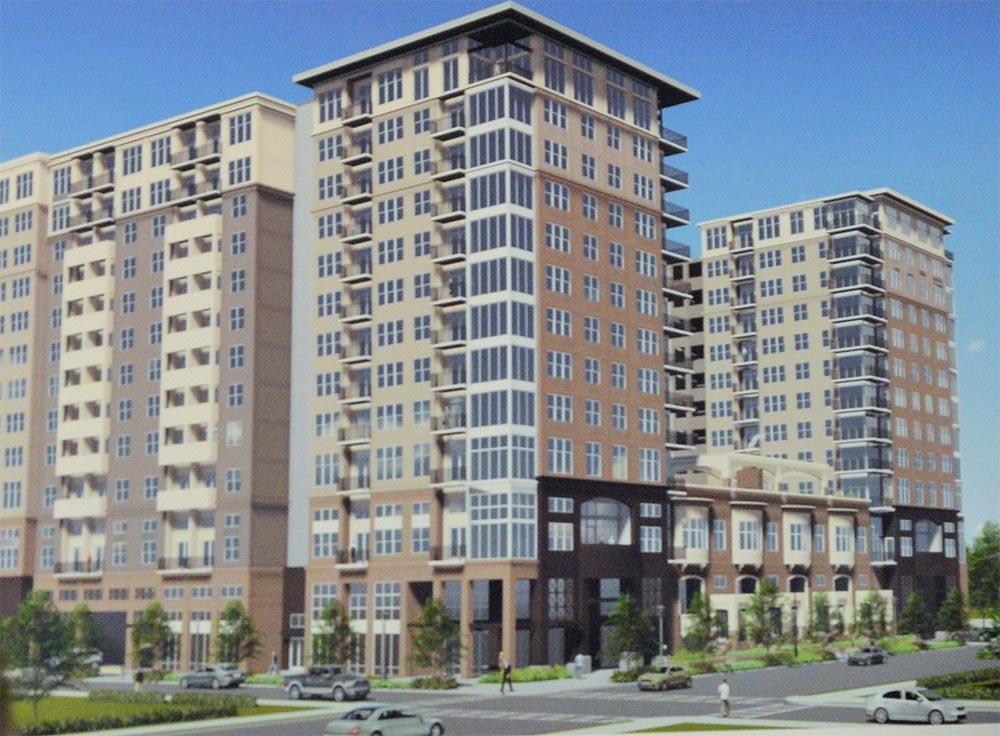 It will have vehicle entrances on both East Paces Ferry and Maple and plans to share its five-level parking deck with the Antica Posta restaurant and the Harry Norman Realtors building, which neighbor the property on East Paces Ferry.

Along with a full list of usual amenities, the Gables Buckhead apartments will also have a doggie park in the building on the amenity deck, which Wilber said is one of the new things in pet amenities.

He said construction would likely begin in the third quarter of 2015, “if permitting goes well.” The property was recently purchased by Gables from Charlie Loudermilk. It presently has several houses on it that have been used as commercial properties.

Meanwhile, earlier this year The Hanover Company met with the same DRC and laid out plans for a 375-unit apartment project at 475 Buckhead Avenue, right where Buckhead Avenue intersects with Old Decatur Road and East Paces Ferry Road.

The project is located across Buckhead Avenue from the State Bank building owned by The Loudermilk Companies.

Chip Pottinger, VP of operations for The Loudermilk Companies has been before the SPI-9 DRC twice in the past two months regarding permits to demolish properties the company owns on East Paces Ferry Road. The company plans to redevelop both properties.

On Dec. 2, Pottinger brought plans for demolishing the office building at the corner of East Paces Ferry and Grandview Avenue, which apparently will be redeveloped as an office building for the headquarters of State Bank with retail space on the lower level which fronts on Buckhead Avenue.

During the meeting, Pottinger said State Bank is “interested in moving to the new building.” But he said demolition may be put off for three to four months. 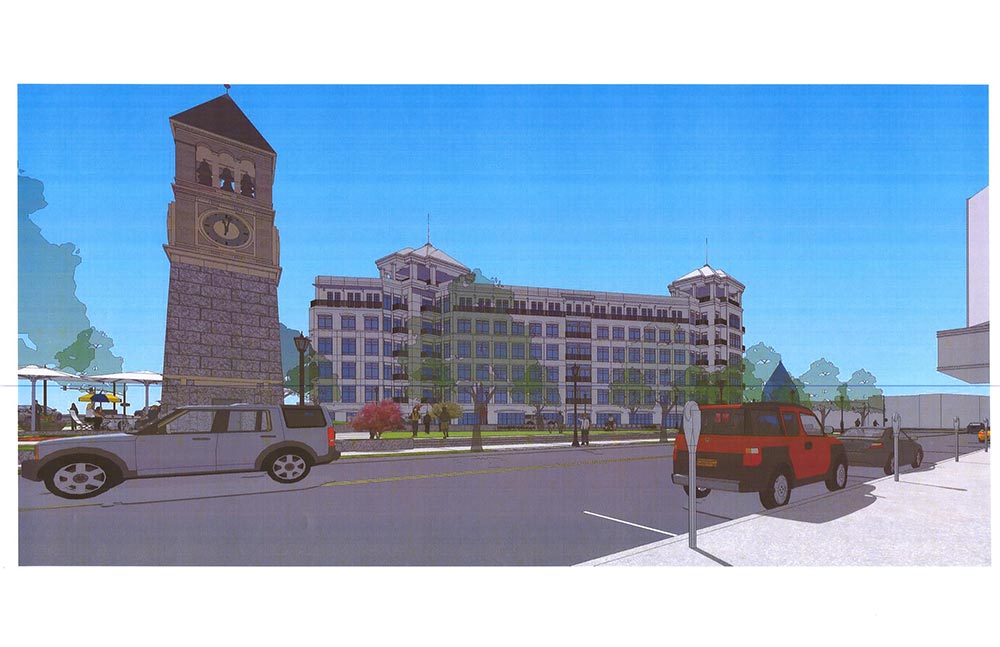 At the previous monthly DRC meeting, Pottinger brought plans for the demolition of property at 250 East Paces Ferry Road. The Loudermilk Company plans to demolish the existing Bottle Bar, Chuck’s Firearms, Fish Hawk and former Park Bench locations prior to the winter season to avoid water issues and prepare it for future redevelopment activities.

There is some question as to whether the Mitchell Gold furniture store building on the corner of East Paces Ferry and Peachtree roads would be included in the demolition and/or redevelopment.

Pottinger showed the committee drawings of a mid-rise office building with commercial space on the ground level, which he said might be similar to what would be redeveloped on the site that presently only has single story commercial buildings and a parking lot.

And, across Bolling Way from the Loudermilk property, OliverMcMillan will be redeveloping the former Hi-Fi Buys site, which runs along Bolling between Peachtree and East Paces Ferry, as part of a future phase of the Buckhead Atlanta development, probably within a year or so.

Meanwhile, on the opposite end of East Paces Ferry Road, Hennessy Land Rover/Jaguar is redeveloping its auto dealership at 545 East Paces Ferry, at the intersection with Piedmont Road, which includes a significant update /expansion to the façade of the existing building